The band was founded in 2004 with pioneer band members, Jacob on Vocals, Jeshurun on Lead Guitar, and Joshua on Drums.

In 2005, Justin joined as the band’s Bassist but after a very short stint he left the band in 2006 due to commitments. In 2006, The band welcomed Michael and Jason as new additions to the band as their drummer and bassist respectively including Rapper Chris

It is then the name C-Four-J was coined by Jeshurun, in reference to a combination of all four band members first name initials “J” at that point. CFourJ also means “Come 4 Jesus”.

The band is also referred as C-Four-J started playing in music events, churches and concerts heavily and by the end of 2007, the band decided to slow it down due to education.

After a long wait, the band is now back with new lineup, new songs, new riffs, refreshed energy, much stronger and focused to reach out to everyone regardless of age, culture and ethnicity.

The band has come out with 2 different album . The debut album titled “Agape to My Friends” in 2014 and the latest album in 2019 titled “XYZz”

The band members share a VISION - To share the love of God with everyone across this world. 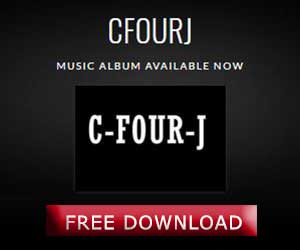